For the second edition VUB and ULB joined forces with the EhB. The three institutes leave their trusted campus to venture into the city of Brussels. Over 6 000 students participated in over 150 events and we were able to welcome many staff members. Over 40 events were also open to the public.

Unusual guest lectures in new environments give students insight in undiscovered fieldsby the experts who work in them. During the entire week, the city of Brussels was flooded by experts who spoke to our students. Sometimes in intimate settings like Huis voor Gezondheid where a very select group of students got to hear the experiences of several medical institutions in our city. The fact that our future doctors are able to get a firsthand account of real life as a doctor in Brussels is of extreme importance.

One of the most impactful guest lectures took place in cooperation with BOZAR. Abuelaish Izzeldin, a Palestinian doctor lost three of his daughters in an Israeli attack. This did not turn him towards anger but towards activism. An inspiring message. The group of students and external guests was a very diverse one, including students from the English program Social Sciences. Representation of stories like these needs to take place at institutions like ours. Afterwards, a select number of students met Tawakkol Karman, activist and Nobel Peace Prize winner. The students got to interact and ask questions on a very intimate level. “This gives us a bit of additional hope for a more humane and thoughtful approach of topics that often seem hopeless”“Dit geeft een beetje extra hoop op een menselijkere en meer doordachte benadering van een kwestie die al te vaak uitzichtloos is lijkt.” said Tomas Van Respaille of BOZAR after the conversation.

ETUI, the European Trade Union Institute opened its doors for over 200 students. Rudy De Leeuw spoke about the role and the importance of unions in Europe. This hot topic often gets polarized in the media. This interaction opened the floor to many new topics. And President Jan Peumans welcomed our students “Constitutional Law” at the Flemish Parliament.

Redelijk Eigenzinnig collaborated with vzw Hujo and Muntpunt to organize a ‘living library’. On April 3 you could not only rent out books but also people. With ‘Stories Matter’, the living library offered a catalog within the theme “War, conflict, peace and rebellion”. One-on-one conversations tried to get to the bottom of some difficult topics, break with stereotypes and break down taboos. The event ended with two theater performances by Kristien Hemmerechts, Toon en Hein Van den Brempt.

Connecting with the city isn’t just for students. Staff members were welcomed by Belfius Brussels for a session on philanthropy and fund sourcing. The session was followed by a tour of the Belfius Art Collection. Community service learning fits right in with the weKONEKT goals. Professors and staff who have integrated service learning into their day to day routine collaborated in four inspiration sessions. UNIVER.CITY closed this season with a final session on the new usquare site.

What do you enjoy most about Brussels? That is doesn’t make any sense
riksja passenger

A view behind the scenes of film restoration and preservation, that’s not something you’re able to see on a regular basis. Students in Film and TV studies got to experience the film archives at Cinematek. Huge warehouses filled to the brim with film rolls, dark rooms for color correcting and extremely cold preservation fridges. It’s all in place to preserve as much of our film history as possible.

Mens sana in corpore sano, time for some exercise! Students enjoyed yoga in the Royal Parc, visited the stadium of RSC Anderlecht and secondary school students got to experience our very own campus for Sportkriebels. Not only sports are great to relax and fuel the body. Music has the same power. SEIN, a Parisian hip hop duo lit Madame Moustache on fire! 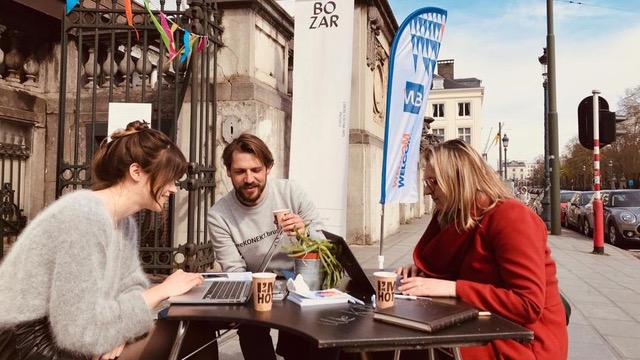 The universities want to explore and utilize the cities educational opportunities. Maebar, our mobile classroom, is a great example of that. During the weKONEKT.week the Maebar was utilized in several different locations. After a lecture at the KVS, students set up the Maebar mobile classroom at Arduinkaai. They went out to talk to inhabitants of the Alhambra area. This sincere interaction is extremely valuable in the context of our community service learning goals. Listen to the Podcast (NL) of Universiteit van Vlaanderen and find out more about the Maebar.

Besides different lectures at the new location of the Brussels City Campus at BOZAR, a pop-up VUB Infopoint was set up to guide students. 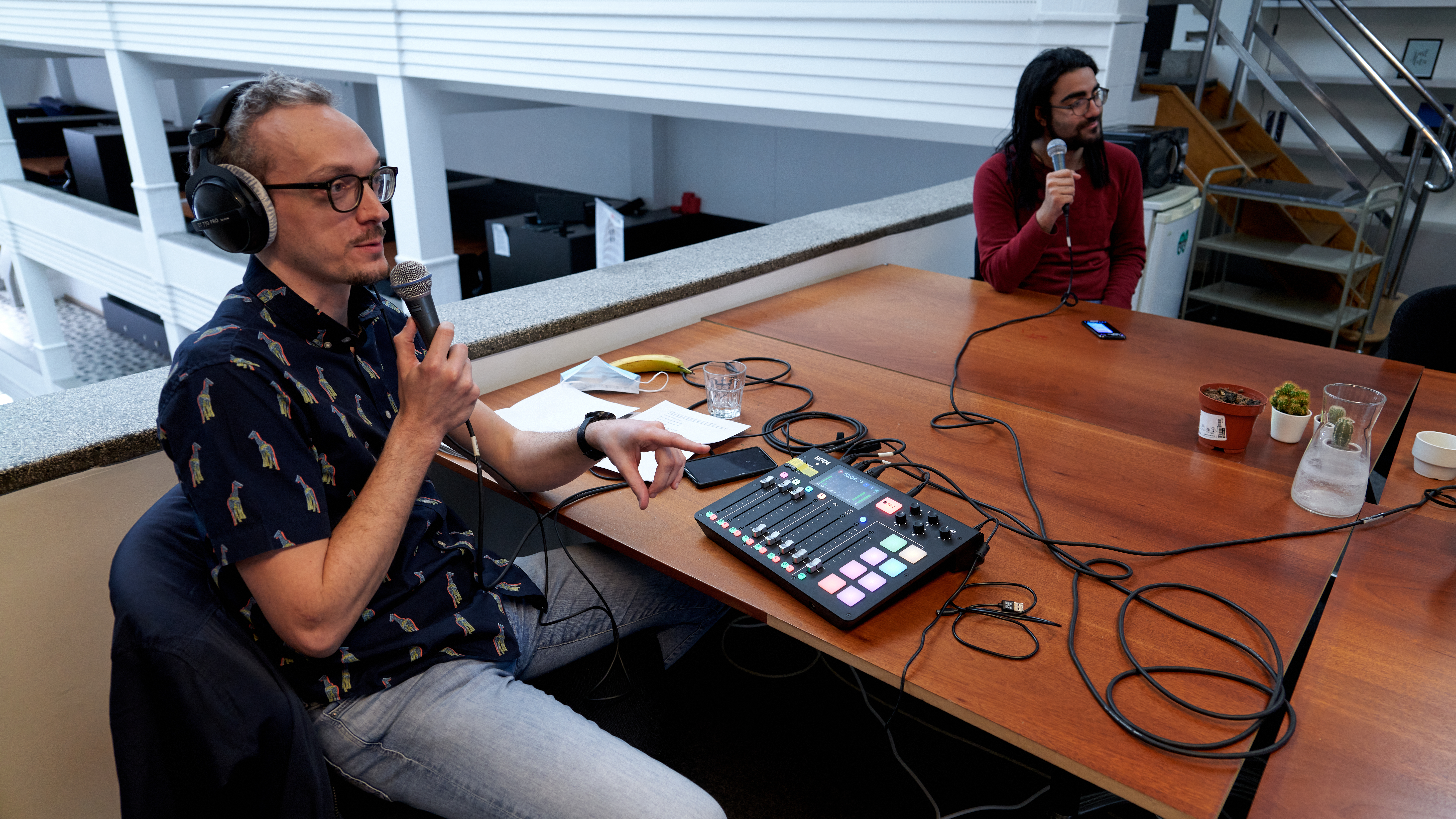 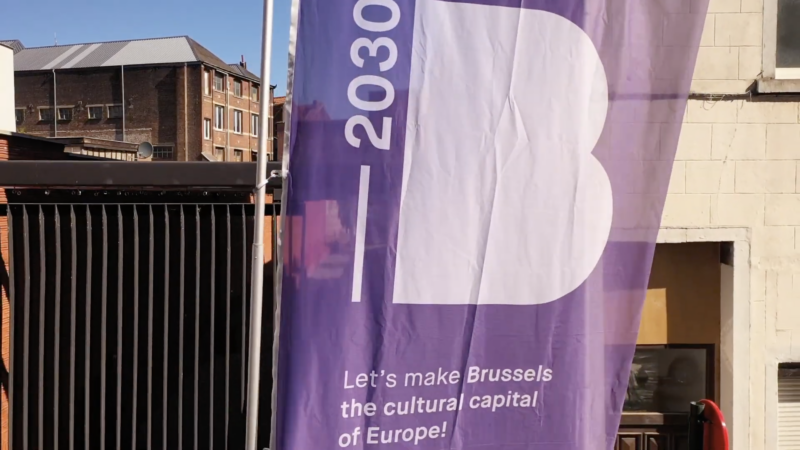 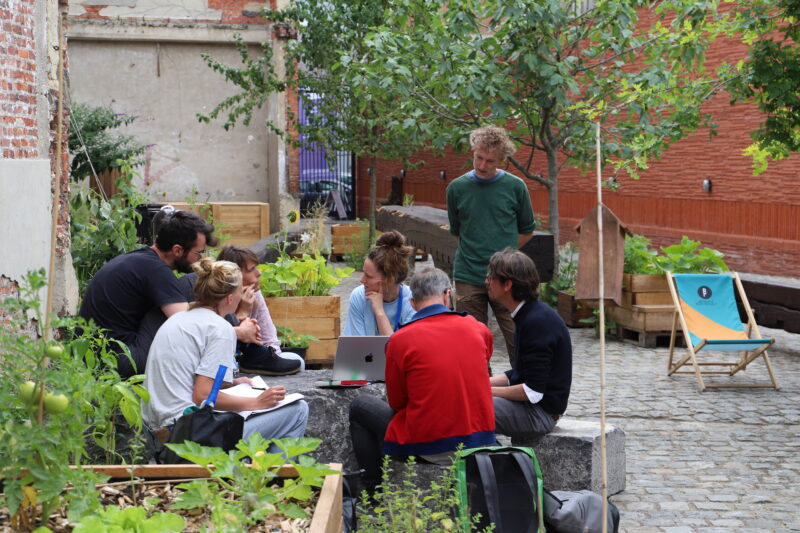